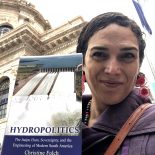 A Personal Journey to Standing Rock

I wanted to stand in solidarity with the Standing Rock Sioux… the wise counsel I received was “Watch. Listen. Respect.” 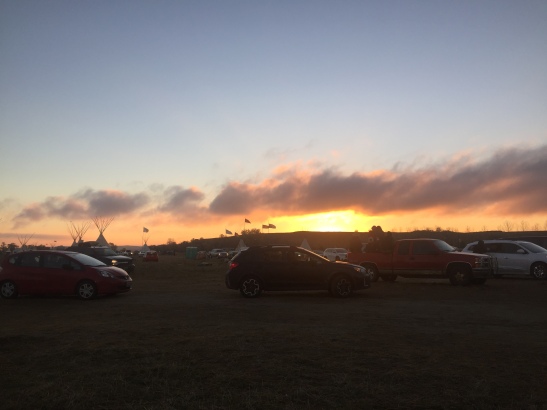 The first sight is of rolling hills covered with tipis, interspersed with tents and a longhouse or two. A shockingly blue river runs alongside the Standing Rock camp (called Oceti Sakowin) and the crisp air is filled with the scents of sage and sweetgrass growing in the wild. Overhead, hundreds of flags beat in the wind, testament to the more than 300 different nations from Alaska to the southernmost tip of Argentina and across oceans that have visited Standing Rock in solidarity with their struggle against the Dakota Access Pipeline (DAPL). Over Columbus Day weekend (no irony intended in the timing), I was honored to travel to the camp with a college friend. In spite of the cold weather and the fact that we didn’t know anyone, we found welcome, invitation, and warmth.

The Standing Rock Sioux insist that their movement is an act of spiritual resistance. They use the phrase “water protectors,” not “protestors,” and stress that their actions are prayer. What I found was a watchfully observant community that made sure every visitor was stopped at the security gate to keep the community safe and to strictly enforce the rules: no weapons, no alcohol, no drugs, no recording of ceremony. We brought sub-zero sleeping bags and winterized gear to donate to the camp and enough food and water to sustain us for days, but we didn’t need it all because we were so well-cared for by others at the camp. We gave the food away, too. 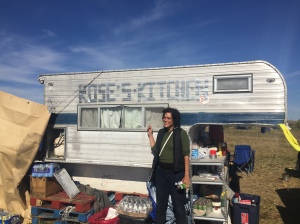 Children learn how to drum and sing and share their lessons at the sacred fire (which is always lit and near the coffee and hot water for tea and cocoa). “Sioux” refers to the Lakota, Dakota, and Nakota peoples. When we arrived, an older Lakota gentleman noticed us struggling with our tent. He drove his pick-up over to help us put it up and then spoke to us about a powerful, personal vision quest and about the wisdom of “mitakuye oyasin”—we are all related (a common Lakota phrase that closes prayers and punctuates conversation). Daily life at the camp centered on service, community, and meals, interrupted regularly by the yellow surveillance helicopters that flew overhead. I ate freshly cooked meals (including fry bread and wojapi—a warm blueberry syrup) on open fires with strangers who are now friends. 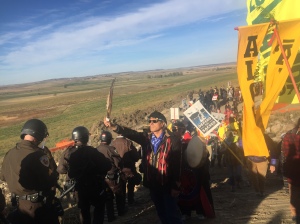 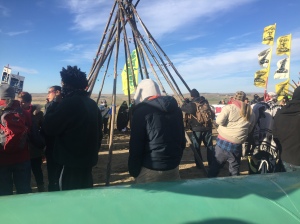 On the morning of Indigenous Peoples Day (10/10), we attended a sunrise service with hundreds of people before driving to the DAPL construction site. The Milky Way was still visible when we first gathered, but by the time we piled into vehicles, the sun had nearly crested a nearby hill. The night before, a federal judge in Washington had decided that the concerns of Standing Rock, the EPA, the Justice Department, and multiple associations of scientists were not valid. The judge lifted the injunction against construction of the pipeline across the Missouri River, Lake Oahe, and the Cannon Ball River which border Standing Rock Reservation and supply it with water. 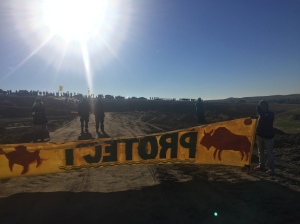 Elders bundled up in coats and scarves put up a tipi frame in the center of planned path of the “black snake” (the pipeline). They sat in prayer for hours in the cold. Aztec supporters danced and drummed on the bridge to the site, in the face of two squadrons of riot police whose cars and military-grade vehicles sealed off the road. These are the same squads that arrested Shailene Woodley, but she was only one of 27 who were detained. From the sloped hills, we watched as riot police arrested the people in prayer in the tipi and drove them away not in official police vehicles, but unmarked pick-up trucks. They were charged with rioting: unarmed people sitting and kneeling on the ground in prayer were accused of rioting and violence by fully armored and armed riot police. 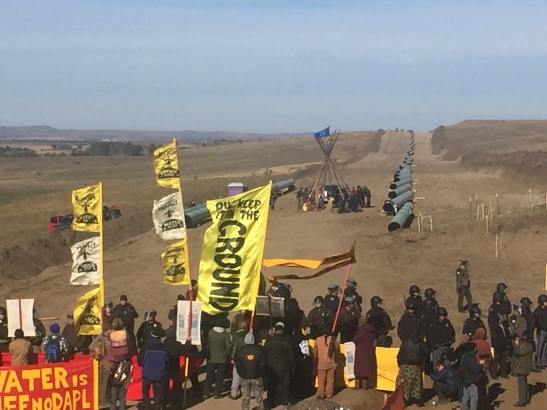 This is not a riot: Arresting pray-ers at the tipi, DAPL

I went to Standing Rock for a number of reasons.

First, I wanted to take a step in the right direction, to shift the story of how we non-Natives deal with the Native peoples of this land. The pipeline directly threatens the water of the Standing Rock Sioux Reservation. For years, the history of engagement has been broken treaties, unfair dealings, violence, dismissal. So, for me, going and following the agenda of the people of Standing Rock was one concrete move against history and away from the ways of the past.

At DAPL: women of multiple faiths who prayed.

Second, DAPL is bad in practice and in theory.

Do we really want to do this?

Do we really want to jeopardize these rivers?

I left Standing Rock encouraged and hopeful and grateful for the chance to visit, but aware that the struggle is not over yet and that it requires ongoing commitment from all of us. For me, the question now is what is the next step? How can I continue to be engaged? I’ll write about some ideas and invitations in another post soon. 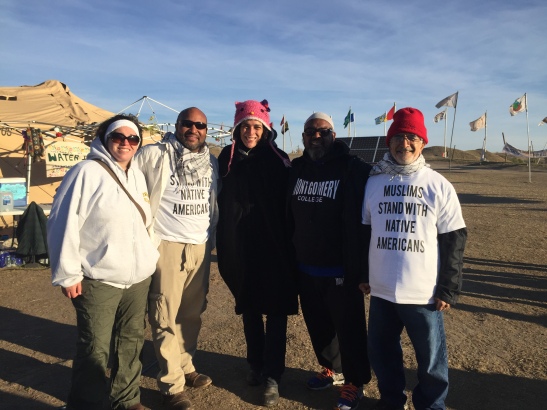 This entry was posted on October 14, 2016 by christinefolch in Environment and tagged #nodapl, Environment, Justice, OcetiSakowin, SacredStone.